Born and raised in Portland, Oregon, and a graduate of the Oregon State College of Forestry, I have pursued a life in the outdoors through a variety of jobs in land management. In 2012, I began working as a Wilderness Ranger in the High Sierra and Stanislaus National Forests, as well as the Ventana Wilderness above Big Sur. After reading “Fire on the Mountain” by John Maclean, a book that details the events of the Storm King fire in 1994, which tragically ended in the deaths of 14 firefighters, I was inspired to join the men and women who spend their summers fighting fire. Over the course of five seasons, I have worked on a wildfire use module in Northern California, a fuels crew in Northern Arizona, and currently serve as a member of a Hotshot crew in Central Oregon. This on-the-ground experience in the forests, grasslands, mountains, and deserts of the American West has given me a strong belief in the duty we all have in protecting and enriching our public lands. By carrying a camera I hope to include those who follow my story in the adventure of fighting fire in the American West. 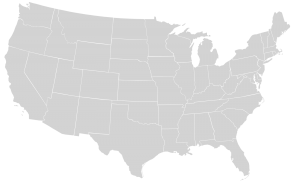 My aim is to show what a season of fire looks like from a crewmember’s perspective. By sharing scenes of daily life on a hotshot crew, I hope to break down some of the common misconceptions about wildfire, and to reinforce the importance of managing our nation’s forests with fire.

My favorite thing about wildland fire is getting to witness the power of fire first hand. Words can’t do it justice.